Priyanka Gandhi Vadra will be holding a mega roadshow in Lucknow today.

Priyanka Gandhi is yet to write her first tweet. At the time of filing this report, she was following five people, including her brother and Congress president Rahul Gandhi. 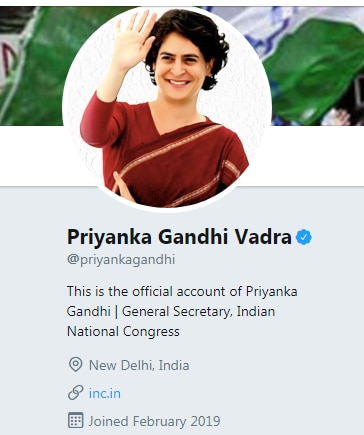 Priyanka Gandhi will be holding a mega roadshow in Lucknow today. She will be joined by Rahul Gandhi and her counterpart for UP (West) Jyotiraditya Scindia.

This is the first public event for Priyanka Gandhi after she was appointed the party’s general secretary last month.