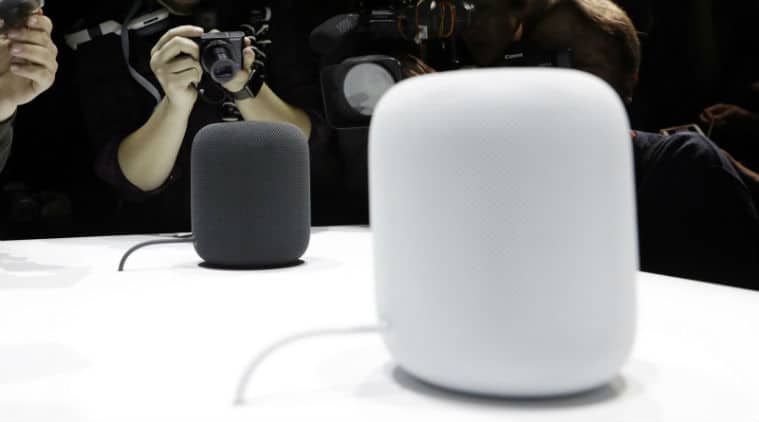 In Barcelona to attend the Mobile World Congress, I saw a couple of journalists using DJI Osmo Pocket, the world’s smallest three-axis stabilized camera system. If you’re a YouTuber, a creator or a Vlogger, you will definitely want to buy this miniature camera. Unfortunately, DJI Osmo Pocket is not available for sale here in India.

Like DJI Osmo Pocket, there are a lot of gadgets, including Apple HomePod and Oculus Go, that one won’t find through official retail channels in India. It does not surprise us, because in the past also a lot of popular devices from major brands, have never reached Indian shores because of reasons ranging from regulatory approval to lack of consumer interest and logistics.

If you are really keen on buying a gadget that you can’t get here, then you are limited to two options. You can ask someone living abroad to get one for you or buy the device in the grey market — this however is risky as there might be no service or local warranty on offer.

Here is a list of ten gadgets that you can’t buy in India yet.

Many of you have heard about HomePod, but Apple hasn’t yet made the HomePod available in India. The HomePod is a good option for those who care a lot about audio quality and use Apple devices. The HomePod is the first smart speaker powered by Siri and designed to work with Apple Music.

At $349 it’s more expensive than Amazon’s Alexa-powered Echo series and Google’s Home speakers, but offers better audio quality. The HomePod has a woofer for bass, seven tweeters for high-frequency acoustics and six microphones to pick up “Hey Siri” from around the room.

The HomePod can be purchased in the US, UK, Germany, Australia, and China among others. HomePod comes in either White or Space Gray colour options.

The Oculus Go is all-in-one VR headset which means it doesn’t require a powerful phone to operate or a computer to work as in the case of the HTC Vive or Oculus Rift. It starts at $199 for the 32GB version and goes up to $249 for the 64GB version. All this makes the Oculus Go a sweet deal for those who are getting to the VR space.

The headset is powered by a Snapdragon 821 processor, 5.5-inch QHD LCD (2560×1440, 538ppi) display, controller, and a battery that can last up to 2.5 hours. The headset has built-in speakers for sound. Oculus promises more than 1,000 games and experiences to explore, which is pretty decent to begin with. The library and ecosystem will definitely grow as developers start making more content and cost of the headset becomes reasonable enough

The interest among YouTubers and Vloggers in DJI’s Osmo Pocket remains high, and for a reason. After all, the Osmo Pocket is DJI’s smallest three-axis gimbal and uses a 1/2.3-inch sensor. So essentially, DJI Osmo Pocket has a small colour touchscreen, which lets you control your video capture directly from the device, or pair it with your iPhone or Android smartphone via USB-C or Lightning and use your phone as a viewfinder.

The camera can also take pictures in 12MP and is equipped to capture 4K footage at up to 60fps at 100Mbps. Plus, it has dual mics for audio recording. The Osmo Pocket also comes with a slew of shooting modes, such as object tracking, face tracking, time-lapse, and auto panorama. At $349, this is certainly not a cheap camera, but is cheaper than GoPro Hero 7’s $400 price. The premise of having Osmo Pocket is to capture stable video and that is where this handheld minicamera shines.

Nintendo Switch does not need any introduction. It is by far the most popular game console on the market, thanks to its clever design. The Switch is a hybrid device that plugs into a television like any other game console like the PS4, but also works as a handheld, similar to the PS Vita. While Nintendo’s Switch lacks the graphics of the PS4 and Xbox One and big AAA titles, it does offer some fantastic first-party games like Super Mario Odyssey and The Legend of Zelda: Breath of the Wild.

The Mate 20 X is certainly big like a giant phablet, but the 7.12-inch screen size is justified for certain users. It is an OLED panel and sports a Full HD+ resolution, with an 18.7:9 aspect ratio. Think of the Mate 20 X as a 7-inch tablet for playing games, reading books and watching movies. But it’s not really about the gigantic screen size, the Mate 20 X is otherwise a complete smartphone.

It is powered by a Kirin 980 processor and there’s a built-in 5000mAh battery. It also supports pen input though Huawei’s M Pen, though it isn’t a part of the package. M Pen is being sold separately. The camera setup, meanwhile, consists of a 40MP main shooter paired with an 8MP telephoto lens with 2x optical zoom and a 20MP wide-angle lens. The 6GB + 128GB variant of the Mate 20X is available in Europe for €899. Huawei Mate 20 X has been largely ignored over the Mate 20 and Mate 20 Pro, which is a shame.

Would you pay $2899 for the robotic dog? That’s the price Sony wants you to sell out for its Aibo robot dog. Imagine, Sony Aibo as a real-life puppy. The pricey robot dog can learn and recognise faces, adapt to your smiles and other expressions.

As you interact more with Aibo, it develops its own unique personality, something other robots lacks. Functionality wise, Aibo does not do much. The robotic dog uses compact motors to move its body in 22 different ways. Battery life is rated at two hours, and it takes a full three hours to recharge. Sony introduced the first Aibo in 1999.

Razer makes ridiculously powerful gaming laptops. Its latest Blade 15 “Advanced” gaming laptop starts at $2,299. The Blade 15 Advanced is available with either a 15.6-inch Full HD matte 144Hz display or a 4K 60Hz multi-touch display. The laptop comes with the 8th Gen Intel Core i7-8750H processor and 16GB of dual-channel memory but can be configured up to 64GB.

For GPUs, you get the options of the Nvidia RTX 2060, RTX 2070 with Max-Q Design or RTX 2080 with Max-Q. Storage options for the Blade 15 Advanced include either a 256GB SSD or 512GB SSD. If you want an ultimate gaming machine that is light enough, look no further than this.

The US and China are Razer’s biggest markets and it tends to roll out its products there first. Razer has no presence in India, unfortunately.

Xiaomi Mi Mix 3 has been one of the most hyped smartphones. This is another top-end smartphone from the Chinese smartphone company. But what makes the Mi Mix 3 so unique is a sliding mechanism that hides a slide-out selfie camera on top. Which basically means the phone’s front really is a 6.39-inch AMOLED screen, slim bezel, and no notch.

The main camera setup is similar to the one seen on the iPhone XS, with a dual, 12MP sensor. On the front, the Mi Mix 3 has a 24MP main sensor paired with a 2MP depth sensor for bokeh shots. The 4G/LTE variant has a Snapdragon 845 processor, while the 5G model comes with a Snapdragon 855 processor. If you like Mi Mix 3’s slider design and specifications, the phone can be easily imported from the UK or China. It’s available in the UK at just £499.

Google Pixelbook is indeed the best and most powerful Chromebook one can buy, but it is an expensive option. Enter the Samsung Chromebook Plus. The 2-in-1 Chromebook is a step-down version compared to the Chromebook Pro, but offers good bang for the buck. It sports a 12.3-inch 2400 x 1600 WLED touchscreen, a dual-core Intel Celeron processor, 4GB of RAM,  a 32GB eMMC, and the pressure-sensitive stylus pen. It just weighs 2.38 pounds and has eight hours of battery life. At $387, it remains of the best 2-in-1 Chromebook in the budget.

Wear OS-powered smartwatches are kind of boring, but Fossil Sport is different. In fact, it is the only smartwatch running Wear OS that is worth talking about. The Fossil Sport smartwatch comes in two sizes: 41mm and 43mm, and they both have a 1.2-inch AMOLED display with a 390ppi pixel density.

The watch looks modern and stylish and has a fun feel to it. The Sport is powered a Qualcomm Snapdragon Wear 3100, making it the first wearable to come with the latest chipset. Plus, it also features a built-in heart rate, NFC, and GPS capabilities. The Fossil Sport is also swim-proof up to 50-meters. As far as its battery life is concerned, the device can last up to 24-hours battery on a single charge. At $255, Fossil Sport is the best Wear OS watch right now.